Taiwan is the undiscovered Asia and the last of democratic china. God save Taiwan from china and keep its people safe form the bully.

My second time there and I still didn’t make it deep into the south or east where its mountains meet the pacific so I guess I’m going back because I love the place. 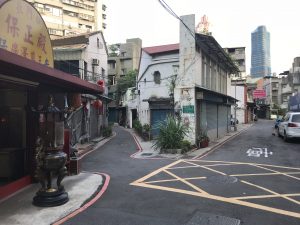 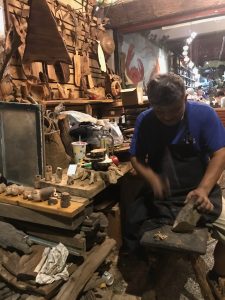 Spent most of our time in Taipei which charmed us all with its tiny streets, packed night markets, delicious foods, street cats and friendly people. We whipped out a map at one point and three different people asked if they could help also there is no hard sell on the streets and the cities feel very safe at night. If you speak a bit of Mandarin oh man you’ve made friends for life. Needless to say Timo who hears mandarin really well and speaks it quite well drew people in like a magnet. He shied away at first but after a few days stepped up front to converse and learn. At one point after speaking to a woman in a Taoist temple we stumbled on way after dark he explained how understanding and conversing in Mandarin was feeling more relaxed. I’d like to think it was the Taoist moment in an old temple with an old lady explaining all the history and symbols but most likely it was his ear developing. 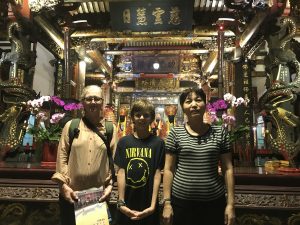 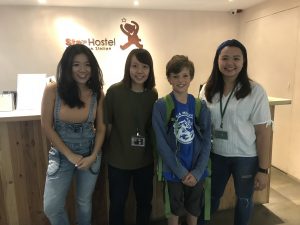 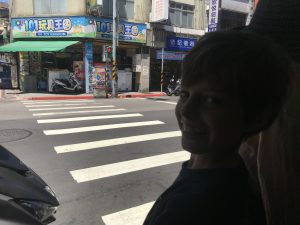 Big highlight for me was visiting the new Hsinchu Food Forest, an hour train ride south of Taipei. This is not the site I worked on back in 2015 with the Wutong Foundation but rather their own project which is based on the Beacon Food Forest in a lot of ways. The place looked great with a beautiful simple community gathering structure good signage and a great layout of keyhole beds, pond and plantings. The Taiwan EPA is the umbrella organization and the community maintains it. Dam that’s good I wish the now completely stupid EPA in the USA understood all the benefits from urban food forestry. Hsinchu City hopes to open two more food forests. Hsinchu’s mayor who I met with in 2015 is the youngest Mayor in Taiwan jumped on the idea building food forests and it is working out. 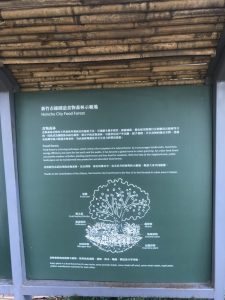 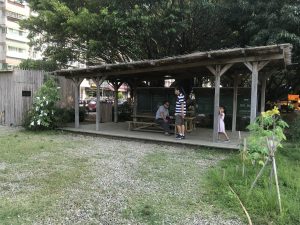 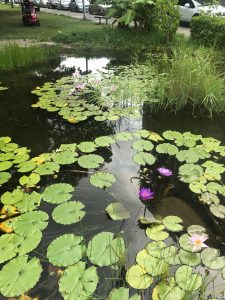 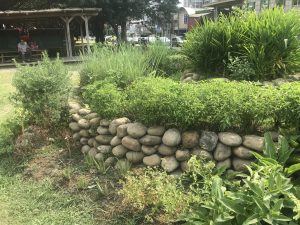